This past weekend, I had my first ever red teaming experience at University of Buffalo called Lockdown. I knew from the start I would be tackling Windows for this competition; however, I wasn’t sure what I wanted to do. Did I want to use Empire, Metasploit, maybe Pupy? The answer was none of the above. For this competition I wanted to try out something new.

I decided to go with Covenant. This is a fairly recent C2 that came out a couple months ago based on the .NET framework and written in C#. An interesting aspect of this C2 is that it’s divided into two parts, Covenant is the server and Elite is what interacts with the server. The last part is just Grunts, that is just the Implant. One of the issues I came across when testing this is out is how long it took to set up, I just wanted to at the start of the competition hit a button and have everything I needed. With some help from Docker I created a docker-compose file to assist me. This file did the heavy lifting for me. One really awesome aspect of this C2 was that we could spin up Covenant on one server and when anyone ssh’d onto our server it would docker-compose up Elite for them. This meant they didn’t have to download docker-compose and would make things centralized. 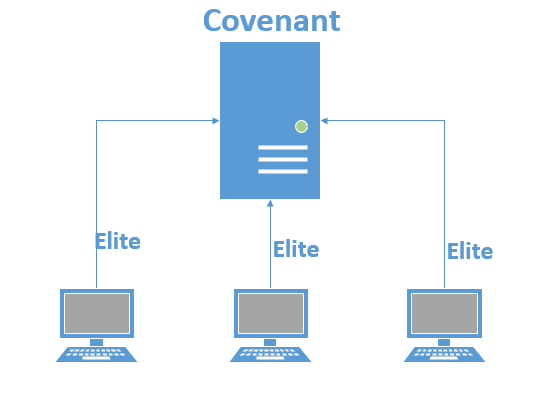 Deployment was trivial all we had to do was docker-compose up. 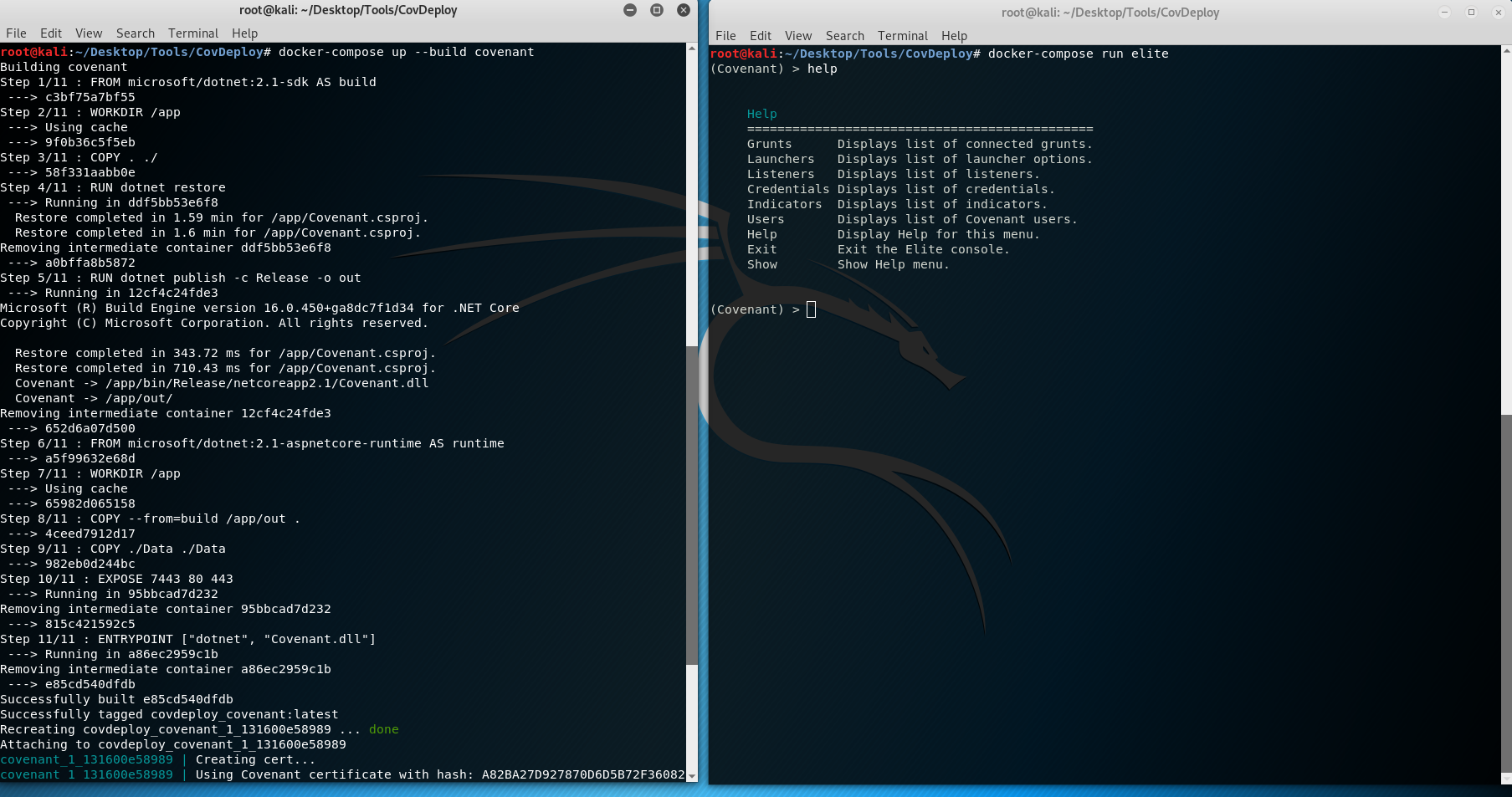 In reality we would want to tack on -d when composing Covenant to background it.

Using powershell with a remote session would be too noisy, extremely easy to notice, and trivial to kill. To make things stealthier I decided to go with registering a dll and utilizing Regsvr32. As Regsvr32 is developed by Microsoft and in apart of System32 it would look a lot less suspicious. However, this requires the dotnet framework to be installed on the target machine. Luckily this is a oneliner that doesn’t require a restart.

The launcher is just a simple one liner, and the icing on the cake is that we can have our server host the dll file instead of having to get that file on the target machine.

/i: Since used with /u calls Dll uninstall

scobj.dll: Is the Dllname that the entry points on.

Once ran on the target machine we get a nice beacon back and can have some fun. For the competition one of the most important things to do is maintain persistence. Making sure to add backdoor users, firewall rules, scheduled tasks, and services were essential. One service that was critical is WinRM to allow us to remotely run scripts. Making sure it was running was quite simple with Covenant.

Although, in most cases we had those commands in a powershell file hosted somewhere so we were able to simply do.

Of course Covenant had some nice features such as GetSystem which allowed us to run things at System level. While also having standard things such as Mimikatz and Registry manipulation. However, a pretty unique feature was the integration of allowing people to run C# sharp code.

Covenant on it’s own is great; however, as part of the RITSECRedTeam we like to keep track of things. One of the most important things is the pwnboard. The pwnboard is a visualization to keep track of what we have control of and to see what teams are giving us trouble.

To show that you have control of a box is a mere post request with json that contains the ip and type of beacon. There is one obvious problem, Covenant doesn’t automatically do this. That’s ok I was planning on learning C#. After talking to the developer to figure out where to make the post request to pwnboard whenever a Grunt was created. 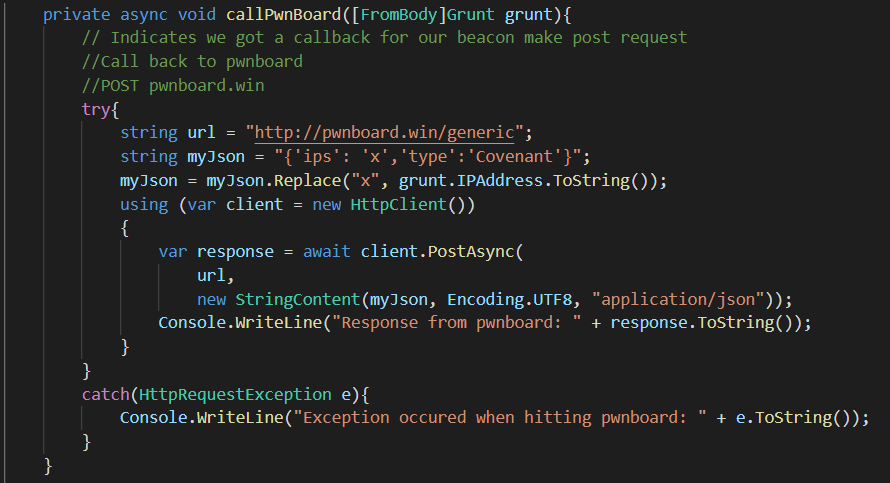 This function is inside Covenant/GruntController.cs, it just does a post request using the Grunt’s ip address wrapped inside a try catch statement in case we lose connection.

Due to last minute complications, the dotnet framework couldn’t be installed on every Windows box so I used a powershell launcher for all of the boxes as well as the Regsvr32 launcher if possible. As we could prebake our stuff I was able to deploy to all of the boxes and watch the beacons rain down as well as turn the pwnboard red.

At the start of the competition these are just some of the beacons. 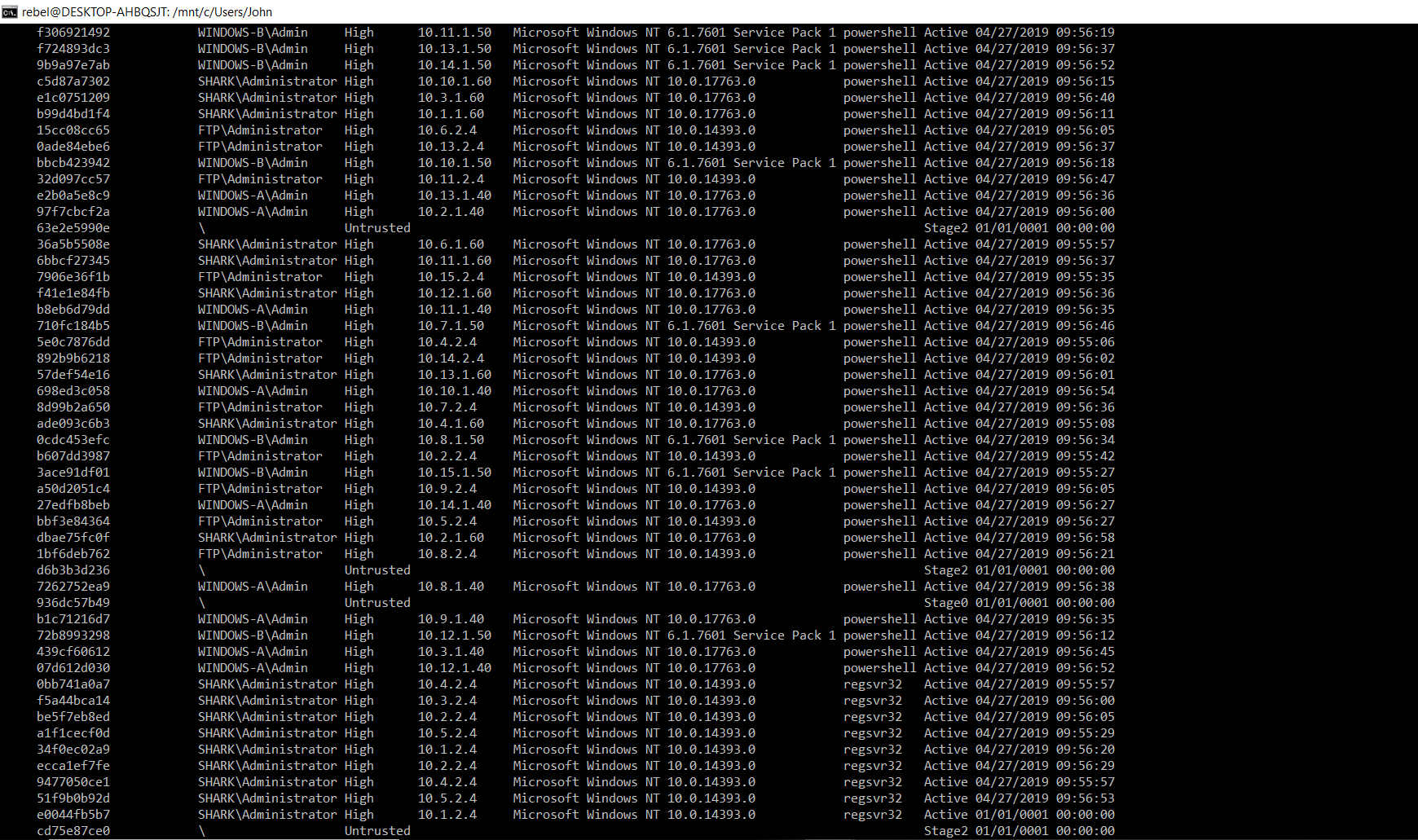 Monitoring processes and network traffic on your system is crucial as it will be much easier to spot when something is out of the ordinary. For example if you’ve never seen Regsvr32 running on your system before it might be worthwhile to investigate and you would be shocked at what you find.

However, knowing what’s going in and out of your network is just as important if you opened wireshark and noticed a lot of http traffic that would be highly suspicious. For example, if you noticed this http traffic.

Upon noticing this you followed the http stream you would notice this. 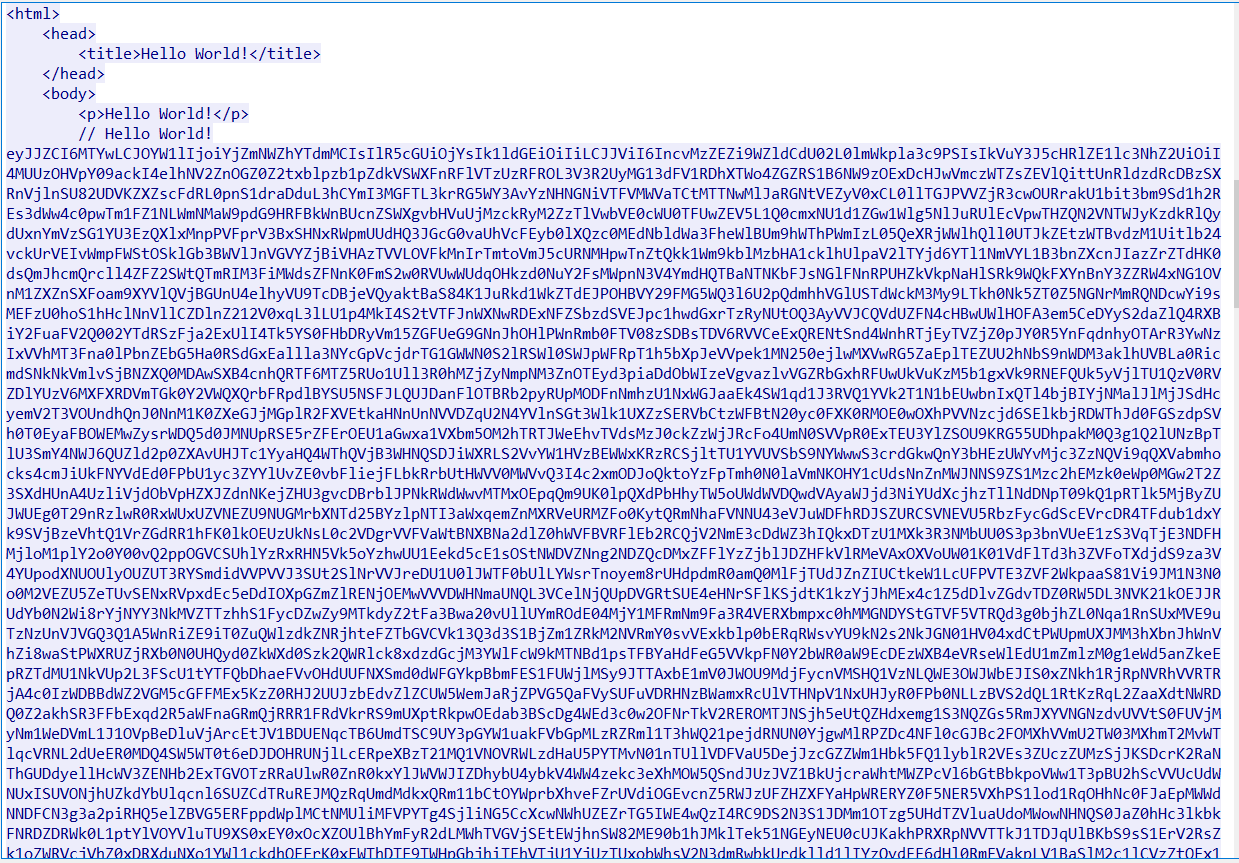 Although Covenant may seem somewhat limited in what it can do compared to other C2’s such as Powershell Empire or Pupy. You have to keep in mind this came out about in February, regardless Covenant can already do a lot and comes with a vast amount of rich features that are hard to ignore. Overall Covenant is a solid choice for a C2 framework.